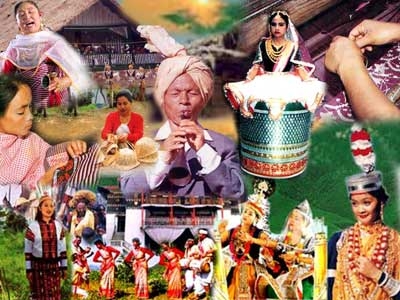 Center at a Glance

During the British period, economy of North-Eastern Region was based on the exploitation of resources such as tea, forest produce, crude oil etc. for the development of other parts of the country. Post-independence, entire NorthEastern Region became landlocked due to partition leading to closure of all the international trade routes and sea links which were functional during British period. Though the resource exploitation of this region stopped after independence, there was no credible effort for speedy economic development and thereby economic deprivation of the entire region continued.

Severe and long standing economic deprivation anywhere leads to the intense competition for scarce resources which generates feeling of alienation, hatred, and prejudice among masses and ultimately culminates into the violence which takes shape of ethnicity, regionalism, secessionist political movements etc. North-Eastern Region cannot be the exception to this general observation.

In the year 1991, ‘Look East Policy’ was initiated by the Government of India as an effort to cultivate economic and strategic relations with the nations of SouthEast Asia which marked a strategic shift in India’s international perspective.

The ‘Look East Policy’ has been thoroughly overhauled under the able leadership of Shri Narendra Modi, Hon’ble Prime Minister of India so as to ensure action oriented, project and outcome based policy which is now called as India’s ‘ActEast Policy’. Hon’ble Prime Minister has given vision of “4 Cs” i.e. Culture, Commerce, Connectivity and Capacity building in the North-Eastern Region. The Government of India has shown strong commitment for rapid infrastructure and economic development of this region in last six-seven years coupled with development of international trade routes with ASEAN countries and neighbouring Bangladesh through North Eastern Region. Opening of the international trade routes which were closed for the North-Eastern region since the independence will open the gates for economic development of entire region by creating enormous opportunities of employment generation in various sectors.

As India is committed for realising its target of becoming a $5 trillion economy in near future, accelerating the development and unfolding the commercial and economic potential of the North-Eastern Region has become extremely important. The region has potential to become future hub of organic products, renewable energy, international tourism, inland international commerce & trading and gateway of India to ASEAN etc.

It is of utmost importance that the civil servants from North-East and from the Government of India dealing with the North-East policy implementation need to be properly motivated and sensitised so that government policies and programmes may be properly grounded and also may evoke positive responses from this region so as to become more and more compatible with the local aspiration and realities. In order to fulfil the purpose, Center for North East Studies has been established at the Academy under the chairmanship of the Director, Lal Bahadur Shastri National Academy of Administration, Mussoorie and with the support from North Eastern Council (NEC).